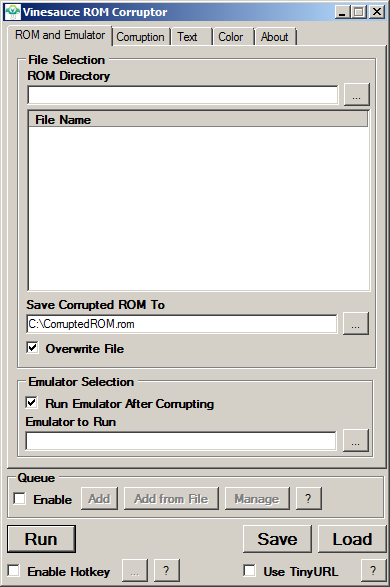 A new version of the Vinesauce ROM Corruptor has been released. Version 1.2.2 incorporates some great changes from link2x in which he put the different elements of the user interface into tabs. This solves the very common issue of the user interface being too large for smaller resolutions. The screenshots below show how the new user interface looks on each tab. 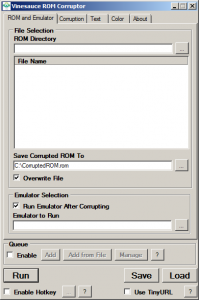 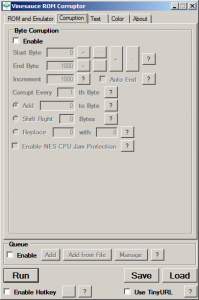 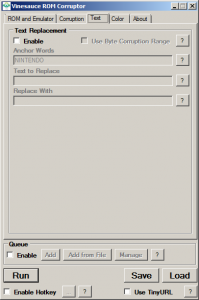 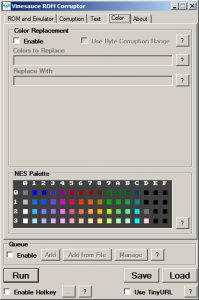